Murder, With An Unfrozen Briefcase 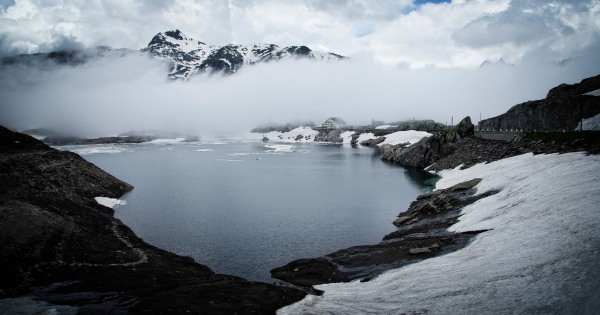 The detective drove up the blustery road. What a lousy day to be heading north for a murder case. The wind was howling, the snow blanketing everything in sight until it wasn’t.

The detective continued on through the white towards the little hamlet of Waskesiu Lake. It was a small town in one of the northern most parks in Saskatchewan. There wasn’t much to motivate someone to head up that way. Maybe the fishing or the quiet scenery. But on this winter morning it was a something else.

The citizens of Waskesiu Lake had called it murder, because they couldn’t think of a single reason as to why anyone would be out in the below freezing weather.

When the detective reached the town, he immediately saw what had brought him to this winter wasteland. There stood a frozen man, just before the tree line, as if he was running into the forrest for something. Or from something.

The detective parked his car and began trudging through the snow towards the crime scene. No one had ventured towards the victim, there were no other footprints around.

Clutched in the frozen man’s hands was a briefcase. Oddly, it wasn’t frozen, just the man.