Moments In The Life Of Jerry – Part 2 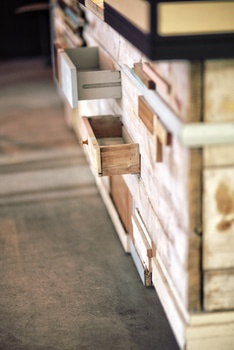 If anyone were to ask, his friends would say that Jerry was safe. He never did anything outside of the rules, except that one time.

Jerry was a 12 year-old boy, going to school, and getting good grades. His friends, Thomas, Laura and Sari, enjoyed his company, and also enjoyed their after school studying. As you may know, Jerry did not like to go home. His mother was a drunk and an abuser, and his father had left them a year earlier. So, we find Jerry here, walking through the halls of his junior high school with his friends.

“I think we should start with the English homework,” suggested Sari, always eager to set a schedule.

Thomas and Jerry shared a glance, but it was Laura who replied, “How about we start on the Science homework. It’ll be the toughest.”

Thomas agreed. Jerry commented, as he saw Sari’s look of disappointment, “The English homework could come next. Really it’s something any of us could do at home. We need your brain on science.” The added compliment resurrected the smile on Sari’s face.

The four headed to the library, their usual study spot. But, as Thomas applied pressure to an unyielding door, Jerry peered through the darkened windows.

“I guess they closed the library early today,” He said with disappointment. He saw the same emotion in the faces of his friends. After a brief discussion, including the suggestion of simply sitting on the floor, the group decided to split in two, and complete the homework at their homes. Thomas drew the lucky straw, as Sari asked to team up with him. Jerry and Laura watched them walk up the hall, Jerry’s face growing a little red.

“I guess we could head to my place,” Laura said. She knew about Jerry’s home life, and wanted to help him escape it a while longer. Her face reddened, too.

Jerry nodded, and they headed down the hall, towards the Southside doors. They passed several classrooms in silence, when, suddenly, Jerry stopped. Laura continued a few paces before she realized he had stopped.

“What is it?” She asked as Jerry moved conspicuously towards their science classroom. Jerry opened the door, surprising both Jerry and Laura that the door was unlocked. Jerry stepped inside.

“What are you doing?” Laura whispered, nervous and disapproving. Jerry rushed over to the teacher’s desk and began digging through the stacks of paper.

Jerry glanced up, noticing Laura’s confused face. “Mr. Walton had the Answer Key to our homework. I saw it before we left class. It would save us so much time.”

“Jerry!” Laura exclaimed. “That’s cheating! We could get caught!”

“Or,” Jerry said with a smirk, “It could give us some time to just hang out together.”

Laura blushed. She looked down, wishing that an answer would sprout from under her sneakers.

Jerry slammed his fist on the desk. “It’s not here.”

Looking up, trying to fight back her nerves, Laura suggested, “Maybe it’s in one of the drawers.”

Jerry looked straight into Laura’s eyes. His sly smile caused her to smile too, though her’s bore a hint of shame. As he tried the top drawer, Jerry found it locked. He frowned, but then remembered the scissors he had noticed atop the desk. Grabbing them, he wedged the scissors into the lock, and turned it sharply.

And with that, for the first time in his life, Jerry committed a B and E.