(Make sure you read Part One here.)

No one suspected that one word would have such power. The crowd that had gathered was still. The Internet stopped; no tweets, no status updates.

“Life.” The word hung in air, as the mystical monk stepped down from the podium. As mysteriously as he appeared, he vanished. The world sat waiting, expecting more, anticipating an encore, but none was given.

What did he mean? It was the question in the silence that everyone seemed to be asking. It was on the face of all those there in the crowd, and on the lips of every news anchor. What was the life the monk spoke of?

That was when things took off, in the worst way. END_OF_DOCUMENT_TOKEN_TO_BE_REPLACED 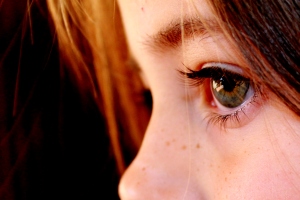 (Editor’s note: All italics words are added for clarify, either for grammatical clarify or for translation purposes.)

I am the last known speaker of a dead tongue. It was passed down from chief to chief, through my people for thousands of years. It was never written down until now. Ours was a spoken tongue, deeply rooted in our history. END_OF_DOCUMENT_TOKEN_TO_BE_REPLACED 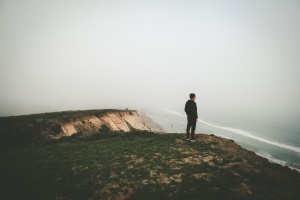 I sat by the sea, and tried to forget. But the longer I stared upon the deep, the more my mind desired to dwell on that which I wanted to forget. END_OF_DOCUMENT_TOKEN_TO_BE_REPLACED

(Be sure to read Part One before you read any further.)

There was a time when a sacrifice to the god Nuak was a regular part of life for the Great Nuakta people. The regularity of these sacrifices depended on the moon. Modern science calls it the “supermoon”, when the moon is closest to the Earth. We call it “The Rise of Raku”, the brother of our god, Nuak.

Our religion has been called ‘violent and wildly barbaric’, but told a story that spoke to our people for generations. And it was this story that helped shaped our daily lives, and what was to come next. The gods Nuak and Raku were born in the sky. Nuak reached out his hands and grabbed the Sun and Earth. They were his birthright, his playthings, his place. What was left was the Moon. Raku reluctantly held onto it. But every so often, Raku would lean in, towards the Earth and Sun, in an attempt to steal them from his brother. END_OF_DOCUMENT_TOKEN_TO_BE_REPLACED

Everyone has a doppelgänger. Everyone, and I don’t mean twins or triples or something like that. Although that created a whole new mess for our society to figure out. I mean everyone has a double of them, but only one can live past the age of 24.

END_OF_DOCUMENT_TOKEN_TO_BE_REPLACED

The Great Nuakta people have lived for millennia in secrecy. Tales and hushed whispers about us were spread among the travellers and adventurers, but no one had imperial proof. There wouldn’t be any, not until 1917, when a lost aeroplane pilot saw smoke rising up from the Great Nuakta Temple.

It would be another 45 years before modern civilization came to my country. 50 years before my village would be discovered in the “backwoods”. Another 15 years before our “outdated and irrelevant religious and spiritual practises” were deemed “violent and wildly barbaric”. One man said that “we were the epicentre of all the world’s evil”. END_OF_DOCUMENT_TOKEN_TO_BE_REPLACED

“Killing a person will increase your life span by 20 years. It’s a high price to pay to continue living, but death is not so inviting that we do not pay.”

The mantra rang loudly in my head, as his blood ran down my arm.

“Killing a person will increase your life span by 20 years.” END_OF_DOCUMENT_TOKEN_TO_BE_REPLACED (This is Part Two. If you haven’t read Part One, click here.)

I reached into my pocket for my phone. Perhaps the twins could fly the jet here and get me before I had to endure this living light nightmare. Nothing. I dug deeper, hoping that I had missed it somewhat. I pulled out nothing again. Nothing, but a small scrap of paper.

3 hours…and then that’s it. Is there even a reason why I should try to fight this? With the inevitability of it all, I mean, why struggle at all?

I turned off the TV. I wasn’t listening anymore. The screen slowly dimmed, and then left me sitting alone in my easy chair.